3 Decks on Mastering the Art of the Startup 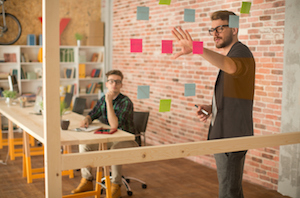 Despite the fact that nine out of 10 startups fail, this hasn't deterred founders across the world (7 of the 10.9 million jobs added since the Great Recession were created by startups and small enterprises, according to Forbes).

Silicon Valley, known for its plethora of startups, has seen copy cats, too, including Silicon Beach in Los Angeles (which recently revealed 80% of its office space is now occupied by tech firms) and Silicon Alley in New York. Startup ecosystems are even growing as far as Europe and Thailand.

So what does it take for your startup to succeed? Check out 3 decks discussing different -- yet important -- aspects to growing your startup and understanding the market.

How to Get Your Startup Visibility -- For Free

Getting a PR budget for your budding company isn’t always realistic -- or possible. Reporter Josh Steimle, who has written for Mashable, TechCrunch and Forbes, shares his advice on how to catch a journalist’s attention -- without breaking the bank. See what Steimle has learned from getting hundreds of pitches:

How To Get Press For Your Startup from Josh Steimle

Growing in an Emerging Market

500 Startups founder Dave McClure shares the challenges startups face when trying to make it in emerging market ecosystems. Among his insights? Accelerators aren’t everything they’re made out to be, entrepreneurs need more mentorship, and local/regional markets are getting big. See what else he has to share here:

How to Scale Company Culture

In this video by VC firm Greylock Partners, Palo Alto Networks CEO Mark McLaughlin and CTO Nir Zuk explain how they have kept the same innovative company culture they had with only 15 employees while growing into a $15 billion operation.

Preserving Culture From 15 People to $15B from Greylock Partners