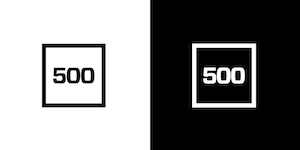 Silicon Valley accelerator program 500 Startups is no stranger to startup success -- and failure. Since its founding by Dave McClure in 2010, it has launched more than 1,000 companies across the world and helped more than 2,000 founders start businesses. So what do entrepreneurs and founders today need to know?

Two founders in 500 Startups' portfolio -- plus McClure himself -- shared with us their best advice:

Mistakes to Watch Out for as a First-Time Entrepreneur

As a first-time entrepreneur, you’re bound to make a few mistakes along the way. Proleads co-founder Anders Fredriksson shares his 10 biggest mistakes during his first venture into entrepreneurship.

"When I started my first venture-backed company, Tablefinder, back in 2006, I made all of the mistakes I talk about in this deck. Afterwards I did a lot of mentoring of other startups and I kept hearing the same mistakes being made,” Fredriksson says. “I think all of these are pretty easy to avoid, but founders will probably need to experience it first hand to understand why the mistakes are important to know about.”

66% of the global workforce now telecommutes, a viable option these days for small companies looking to keep costs low. But managing a remote team has its difficulties. Anson Zeall, co-founder of Coinpip, a company that helps pay oversea workers, shares how to tackle this challenge. "The internet has made the world much smaller. WeChat, Twitter, Facebook and so on, allows you to make new friends at lightning speeds. But when dealing with money, the financial system is lagging behind," he says. "Paying someone in India, Indonesia and many places in South America can take days and the cost is very high. Using blockchain technologies changes all this. Transactions can be settled and cleared within minutes, no matter where you are in the world."

The Remote Business from CoinPip

The Case for NOT Starting a Startup

Startup life isn’t for everyone says McClure, founding partner of 500 Startups. He shares 11 reasons why being your own boss might not be the right move for you. "I want folks to know that startups are hard and most fail. There are too many people that do startups for the wrong reasons (glory, freedom, etc),” McClure says. “If you’re not crazy about your startup and about your customers, then it's probably not a good idea.”

Why Not Do a Startup from Dave McClure