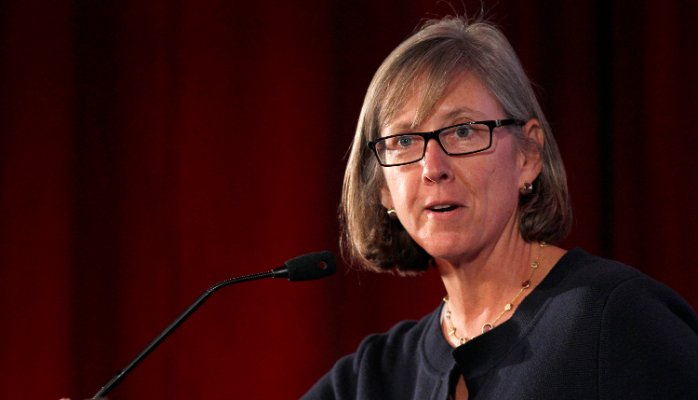 Internet user and smartphone subscription growth may be slowing, but usage and engagement continues to rise – largely thanks to our mobile devices – KPCB’s Mary Meeker reported in her annual Internet Trends report, presented at Re/code’s Code Conference Wednesday. The average adult now spends three hours a day – more than half of total Internet usage time – on mobile, compared to less than an hour a day five years ago. That's a huge market for advertisers, and it hasn't been capitalized on yet.

Indeed, Meeker, a former Morgan Stanley analyst also known as the Queen of the Internet, cited mobile usage as a rapidly rising force in last year’s 2014 Internet Trends report. One notable turnabout: Meeker had called out the fast adoption of tablets last year, but had no mention of the devices this year. It’s a reminder of how quickly tech trends can change. 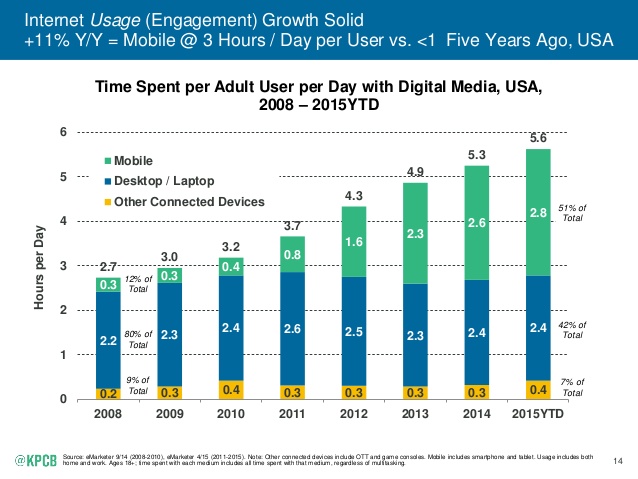 This year Meeker dedicates 197 slides to covering the evolving advertising landscape, the “re-imagining” of services and business processes, the rise of user-generated/curated content, drones, cyber attacks and more. Here are highlights from the report:

The $25 billion opportunity in mobile advertising 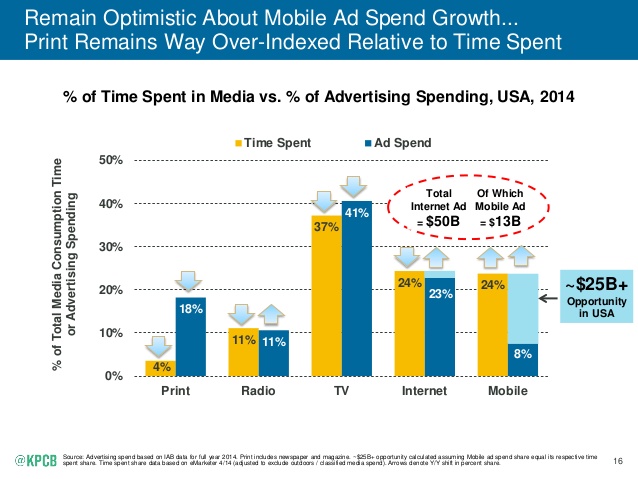 Vertical is the new black

We used to consume media on a widescreen TV or landscape laptop screen. Now smartphones are changing the way we look at things: Vertical viewing accounted for 29% of view time last year, compared to 5% five years ago. Those who are doing it right are accommodating this new view: Snapchat’s vertical video ads have a 9x higher completion rate than horizontal mobile video ads. (See slide 24)

Six of the top 10 most-used apps are messaging apps. 30 messages a day are sent on WhatsApp alone. In addition to Facebook Messenger, Snapchat and WhatsApp, there are contenders like WeChat, Line and KakaoTalk, which are big in Asia. So what’s the future for messaging apps? More cross-functional – and smarter -- use, Meeker says. For example, you’ll be able to use messaging apps to make purchases or order services. In return, the apps will be able to take context like that and provide more meaningful engagement. (See slide 47)

It’s all about user control of content and discovery

Enter the age of drones

Government regulations have held back widespread adoption of drones – but that’s changing. Regulations are starting to adapt so that both consumers and businesses can more freely use drones. France and the U.K. are the most drone-friendly countries, followed by Canada; the U.S. comes in at #5, despite having the largest amount of consumer drone use. Drones can be used for a number of use cases (agriculture, disaster response, etc.), but what will likely be most remarkable with the rise of drone use will be influx of new data the devices will bring. (See slide 82) 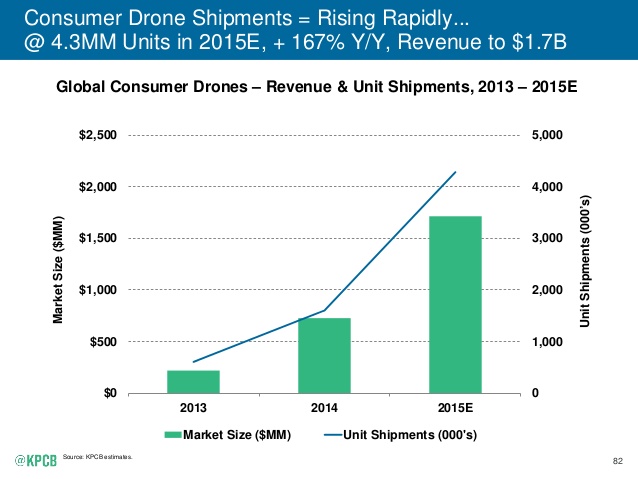 In addition to pure tech trends, Meeker also delves into today’s new economy (see slide 90 and onward). The Internet and technology – along with the largest working generation this year: milliennials -- have turned today’s workforce and economy to be focused on on-demand and flexible services. Uber is the classic example: Consumers can order car service; job seekers can utilize the Uber marketplace as they wish, setting their own hours and parameters. (See slide 112 for more on milliennial workers.)