Behind the Slides: The Netflix Culture Deck's Rise to Fame 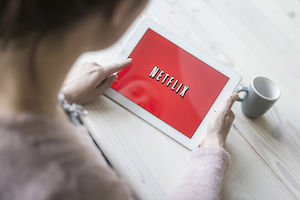 It’s one of the most-viewed SlideShares week after week, has fetched more than 8 million views and has been called, by Facebook COO Sheryl Sandberg, one of the most important documents to come out of Silicon Valley. We’re talking about Netflix CEO Reed Hastings’ renowned “Netflix Culture” presentation, in which he details, in 126 slides, how he hires, fires and rewards employees. How did Hastings go about creating one of the most viral presentations to date?

The deck was used internally at Netflix for years before the company decided to make it public on SlideShare five years ago. “It was written so that employees could have clarity about what's important for success, what to expect from each other and to honestly tell the truth about how companies really operate,” says Patty McCord, Netflix’s former Chief of Talent who helped create the deck, which she calls a constant work in progress.

In 2009, Hastings published it on SlideShare, largely as a recruiting tool.

“Publishing the deck mostly helps us tell the world who we are,” says Netflix’s current Chief of Talent Tawni Cranz. “It’s exciting and important to share culture. More and more people choose to work at a company not for the work but increasingly for the company culture and leadership.”

Cranz says that every single job candidate is required to read the Netflix Culture Deck. “It’s a great filter for us,” she says. “It lets people better choose companies that match them. And companies can have an honest conversation with potential candidates. It’s a more honest way to start a relationship.”

The deck has also helped start an increasingly top-of-mind conversation among business leaders today: How do you create great company culture? Hastings was one of the first CEOs to not only explicitly define his company’s culture but to share those values and cultural tactics with the public. He's inspired many other executives and companies to be transparent about their culture, too. (View Culture Code decks from Spotify, InterContinental Hotels Group and more.)

Going beyond typically vague company value statements Hastings is blunt and honest about organizational structure (or lack thereof) at Netflix. “The actual company values, as opposed to the nice-sounding values, are shown by who gets rewarded, promoted or let go,” he states on slide 6, pointing to Enron’s stated values of Integrity, Communication, Excellence and Respect as an example of classic culture incongruity.

Hastings instead delves into the behaviors and skills he says Netflix values in employees. Among his statements:

“Sustained B-level performance, despite ‘A for effort,’ generates a generous severance package, with respect” he says on slide 34.

Slide 121 states: “Career ‘Planning’ Not for Us: Formalized development is rarely effective, and we don’t try to do it (e.g., mentor assignment, rotation around a firm, multi-year career paths, etc.”

Another theme: Freedom. “We try to get rid of rules when we can,” he says.

Cranz compares the Netflix Culture deck to a constitution – “It’s stable, but amenable as we grow,” she says, noting that they’ve made small changes to it over the years. “We don’t want it to not reflect what we are.”

Her tips for creating a Culture Code of your own? Be authentic, don’t copy cat and don’t be overly aspirational.

“It should be a true reflection of how you operate and behave,” she says.

Join the #CultureCode campaign and share your own culture on SlideShare.

READ MORE: 4 Steps to Creating a #CultureCode Deck (Plus, a Downloadable Template!)