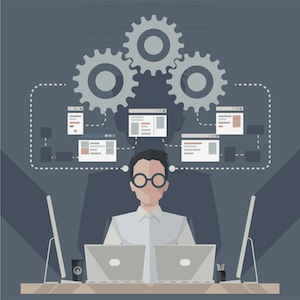 “It only takes one asshole to destroy an entire team.”

That's a quote from Digg’s Lead Architect Joe Stump, and for anyone who's ever worked on a team before, it surely rings true. For engineers, often working in a close-knit, fast-paced environment can be especially disastrous.

So how do you galvanize an engineering team to work well together, innovate and deliver on time? As a few engineering managers have stated, it starts with creating great culture.

"If vision is where you are going, culture is what makes sure you can get there," Spotify's director of engineering Kevin Goldsmith says in his #CultureCode deck, " Building a Strong Engineering Culture." Among his principles at Spotify: Servant leadership, shared responsibility, learn from failure, and continuous improvement.

Goldsmith is not alone: Executives at Etsy and Groupon have also shared SlideShares on crafting a culture for engineers. Here are their tips, below. Check out all #CultureCode decks and share how you create great team culture.

A Culture of Strength and Flexibility

As teams change, which they inevitably do, so does culture. Goldsmith says he and his colleagues constantly discuss culture in the workplace, and share what works and what doesn't. But he says the tenants of Spotify's culture code -- their shared values -- provide guidance toward a larger vision while still allowing for flexibility based on different teams and personalities.

“Each of us has a slightly different take on the core model that reflects on the way we work,” he says. “The model allows for that and works really well. That’s been one of the strengths of the culture. We’re set up to be very malleable.”

He says it's equally important to protect your culture -- "firing is crucial" -- and fix it when it's broken. He explains how:

Groupon grew from 10 people to 10,000 across the globe in four years. But rapid scaling brought growing pains: It became difficult to start new projects and move code, career paths became unclear and there was a lack of mobility. Groupon’s director of engineering Michael “Doc” Norton shares how he created a global engineering culture designed to overcome those issues. In his recipe for success: faith, compassion, patience -- and coffee.

"A strong culture can overcome almost any set of poor technical decisions," says Etsy CEO Chad Dickerson. "A weak culture can't be saved by using the best technology." At Etsy, they cultivate engineers by viewing code as craft, in line with the arts and crafts that are sold on the site. Among Dickerson's advice for creating great engineering culture: Make culture a visible priority, accept that it's an organic activity -- and be a little silly. (Also check out Etsy engineering director Michael Brittain's SlideShare on engineering principles.)

READ MORE: #CultureCode: Give Us a Peek Inside Your Workplace