Weekend Reading: Your Guide to the 2014 India Elections 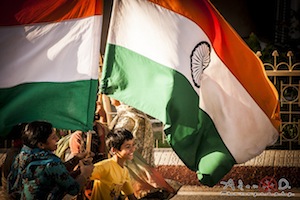 India, the world’s largest democracy with 1.2 billion citizens, will be electing its next set of Parliament members next week. The mammoth undertaking to choose the 543 representatives of the people, or the members of the Lok Sabha, will be done in nine phases across the country. As the election campaigns reach a frenzied peak, social media has become the battleground for the major political parties of the country, be it the traditional stalwarts like India National Congress (INC), Bharatiya Janata Party (BJP), or the new-kid-on-the-block, Aam Aadmi Party (AAP).

So who are the leaders in the running? While Narendra Modi (BJP), Rahul Gandhi (INC), and Arvind Kejriwal (AAP) are getting attention at the national level, each of the 29 states may very well throw up its own regional leader, capable of garnering enough support to bid for the position of the Prime Minister, or even the king maker.

Dozens of SlideShare users have uploaded their insights, analysis and guides to the elections. Below are a few India Elections SlideShares you shouldn't miss.

The elaborate logistics involved in conducting the 2014 general elections are enough to stun anybody. The 814.5 million voters (23 million of them first-time voters age 18-19), will be using 1.8 million electronic voting machines at 930,000 polling stations! Check out more mind-boggling stats about how this giant democracy will go to the polls.

Who are the most tech-savvy political leaders of India today? What are issues that this electorate is discussing online? This will be the first time that the Internet will play a key role in influencing the voting behavior of Indians. Simplify360's Social Index for politics shows that Narendra Modi, Arvind Kejriwal and Rahul Gandhi were the three most-talked about Indian politicians on social media in February 2014. Here's more online buzz surrounding the election:

Fun Facts Behind the Politics

Did you know that in India politicians have a 33% chance of winning a seat in Parliament if they are between 80 and 85 years old? That's compared to just 6% if they are 40-45 years old. Check out more fun facts about General Elections in India:

<<Join the conversation. Upload your Indian election decks and tag it #elections2014>>

Wave thy flag by Adam D.. is licensed under a Creative Commons Attribution-NonCommercial-NoDerivatives 4.0 International License.
Based on a work at https://www.flickr.com/photos/adam-d-photography/7467106958/.