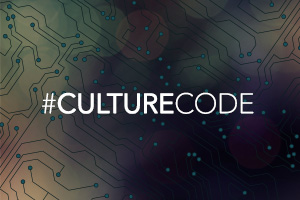 Join the conversation: Upload your company culture deck and tag it #CultureCode.

Five years ago, Netflix CEO Reed Hastings published a 126-page slidedeck outlining how he hires, fires and rewards employees.  The level of insight into the inner workings of a company’s culture was unprecedented, and Facebook COO Sheryl Sandberg has since said the SlideShare “may well be the most important document ever to come out of the (Silicon) Valley.”

More than 6.5 million views later, Hastings’ “Netflix Culture” has spurred a conversation among business leaders that’s at the backbone of every organization: What is, or should be, a company’s culture? How do you create the perfect workplace?

“ 'Netflix Culture' was written so that employees could have clarity about what's important for success, what to expect from each other, and with the honesty to tell the truth about how companies really operate,” former Netflix Chief Talent Officer Patty McCord, who helped Hastings craft the renowned deck, told me. “It's given companies the courage and the permission to not accept that business culture is a given, but something to create.”

Indeed, dozens of organizations, from Spotify and New York University to HubSpot and Fab.com, have followed suit. What was once more abstract theory has become transparent, documented constitutions to live and work by.

Join the conversation: Upload your own culture deck and tag it #CultureCode. View all #CultureCode decks here. Need help getting started? Download our #CultureCode template.

So what exactly is company culture? What defines an organization, and how do companies create and proliferate their values?

IDEO CEO Tim Brown shares seven values his company lives by. Among them: embracing ambiguity and asking for forgiveness, not permission. His secret sauce, though? Going out of your way to help others succeed.

The Little Book of IDEO: Values from Tim Brown

At Asana, which develops a collaboration and productivity tool, teamwork is naturally a priority. But so are “being a mensch,” No Meetings Wednesdays and yoga in the office.

How did The Motley Fool become one of the best places to work this year, according to Glassdoor? The company gives frequent feedback, focuses on its high performers and fosters a culture of learning, among other tactics.

How do you create the ideal workplace? Share the values, rules, principles and tactics your organization follows. Upload your presentation and tag it #CultureCode.