Behind the Slides: 5 Tricks That Made 'Dear NSA' a Hit 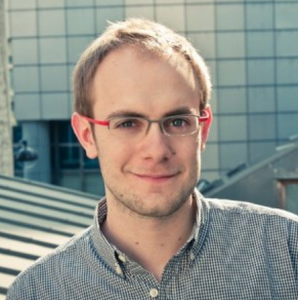 Emiland De Cubber made his first PowerPoint deck at age 14: He presented his local city council in western France with a proposal for a skateboarding park. The skate park may not have taken hold, but an everlasting passion for designing presentations did.

De Cubber, now a social media consultant at Tigerlily, has since turned his hobby into a side business. His SlideShares have always attracted thousands of views, but his latest, “Dear NSA,” truly turned heads. The deck – a redesign of the NSA’s leaked PRISM program slides – fetched more than 832,000 views in two weeks.

“When I saw the slides, I just laughed – they had all the clichés of a bad PowerPoint,” De Cubber says. “I didn’t think about business consequences, I created this for fun.”

Dear NSA, let me take care of your slides. from Emiland

Fun or not, his work got picked up by Boing Boing, Business Insider, TechCrunch and Fast Company, among others. And it led to 150 business leads. “I never hoped to do something like this,” De Cubber says.

1. Be Timely: De Cubber knew he needed to publish his NSA deck as soon as possible. “If I waited, someone else would have done it,” he says. He spent the whole night after the PRISM news broke working up the presentation so he could publish it the next day. Similarly, he uploaded “Presenting Like ‘The Artist’ ” the night before the movie was up for an Academy Award (it got close to 100,000 views). “It’s about good timing,” he says.

2. Aim to Get on the Homepage: “It’s worthless to create content if you don’t have an audience,” De Cubber says. “SlideShare is great because it has a built-in audience.” He says he aims to get every presentation on the SlideShare homepage in order to tap into that community. “Without the homepage, it’s hard to get past 10,000 views,” he says. (Read this blog post for tips for getting featured on SlideShare.)

3. Focus on the First Slide: “If your cover slide is not intriguing, people won’t click on it,” De Cubber says. He also makes sure the text on the cover slide is still readable in the smaller thumbnail format that gets featured on the SlideShare homepage and other pages. “It needs to be legible at a small size.”

4. Embed Links at the End: “I often see people forgetting a call-to-action in their presentation and it’s too bad,” he says. “If someone gets to the end of a presentation, they might be interested to learn more.”

5. Proofread!: De Cubber always makes sure someone else reviews his presentation for typos and feedback before going public. “Don’t share instantly,” he says. “Have friends take a look at it first.”

Behind the Slides: '31 Things You Can Do to Improve Your Life'

Behind the Slides: '26 Time Management Hacks'